Write once, run anywhere is the motto of containers.

What is a container? A portable computing environment.

What does a container do? They hold everything an application needs to run to move it from development to testing to production smoothly. They’re the solution to the issue of how to reliably move software from one computing environment to another.

With container-based technology, you can take advantage of cloud-native-based architectures. Things like the portability of the containers, easier scalability, and the fact that they allow for more optimized resource use are just a few of the benefits of containerization.

This article goes more in-depth on the five benefits of containerization, lists some pros and cons, and explains the benefits of deploying a mail server into a Docker container. 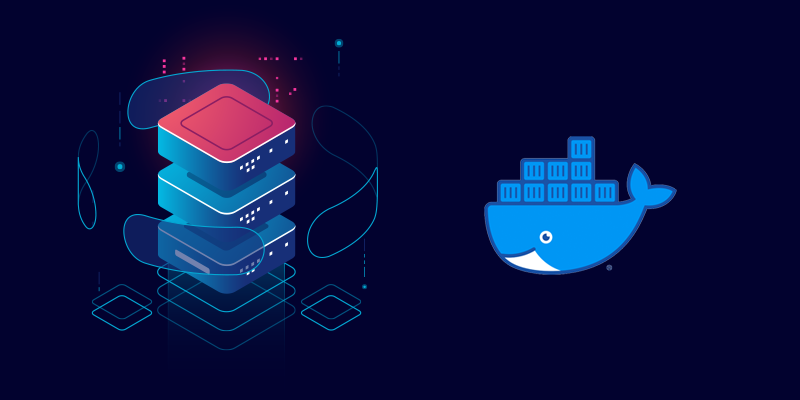 Exploring the Benefits of Containerization

Containerization allows users to run applications (apps) the way the developers (devs) intended to use them. Containers can run anywhere, across any server and Cloud, hence the motto we mentioned in the intro. Since it holds your dependencies, binaries, configuration files, and really everything you need to run an app, all you have to do is deploy a container — everything else is already installed.

Containers can function on:

Containers are considered “lightweight” because they share the machine’s operating system (OS) kernel rather than requiring a full OS, while a VM does require a full OS. Additionally, they’re smaller in capacity than a VM, more portable and resource-efficient, and require less start-up time. This means that more containers can run on the same capacity required for a single VM to run (a VM can be a few GB in size, while containers are typically under 1 GB). Not to mention that your server, Cloud, and other costs go down as you have higher overall server efficiency.

Moreover, by using containers, you can ensure that your workloads (apps and services) are completely isolated from one another while running on the same server. If and when containers fail or apps within them crash, the other containers aren’t affected and continue to run as usual. This isolation contributes to better security and overall higher service availability. If the security of one container is compromised, the impact is limited, so other environments or the host system don’t suffer.

Aside from deployments being more secure, containerization can rise to meet your deployment needs, whatever they may be. When running on containers, making the switch between virtual to metal or vice-versa is much easier.

You can also create, start, replicate, or destroy a container in a matter of seconds, making it easier to experiment with new versions. Their lightweight design means that you can quickly release new apps and upgrades, including additional features or bug fixes.

When deploying new environments, a container’s “lighter” approach allows for more speed with higher scalability down the road. Since containers are self-contained and isolated, this means you’ll be able to horizontally scale distributed applications more easily.

This would be where container orchestrators come in handy. They can perform smart scaling, running only the number of containers you need per application load. Not just that, but by having multiples of the same app which are isolated from one another, you’re able to have high availability and keep uptime close to 100%, guaranteeing you a level of optimal operational performance.

Tip: with stateful apps, including Axigen, you can have more peace of mind while upgrading to a new version because all of your relevant information is in your storage, not your container.

The tech market evolved from traditional on-premises configurations to cloud-based setups in the last decade. Why? Because costs associated with traditional on-premises infrastructure can easily reach (initial up-front) fees of hundreds, thousands, or even millions of dollars for large corporations. Beyond that, you must ensure reliability, availability, and sustainability of your technical architecture, and sustain any additional costs for disaster recovery, backups, and a data center, among others. By going serverless, you’re saving a lot depending on the size of the organization.

You’ll inevitably have Capital Expenditures (CapEx) and Operational Expenditures (OpEx) within IT, but it’s ideal to switch to OpEx wherever possible. That’s because as part of CapEx costs, physical server hardware has a higher upfront cost and a limited lifespan. Additionally, maintenance and repairs take time and can lead to significant downtime, which in turn, can be difficult to predict. To add to these costs, disaster recovery brings with it additional hardware prerequisites and higher upfront costs.

Conversely, a Cloud solution gives you the option to be more reliable and cost-efficient. You can take it one step further and go serverless. This will allow you to focus on providing good-quality service, while leaving the burden of infrastructure management to the Cloud service providers. This will reduce your costs by allowing you to scale on-demand and adjusting capacity so you only pay for what you need.

When deploying containerized apps in production, you must deploy, run, and manage many containers. To efficiently do so, you need a container orchestration platform to provide automation and management capabilities for things like scaling, deployment, resources provisioning, and others.

Enter: Kubernetes. Kubernetes automates this process for you, coordinating, scaling, and managing containers. Automation allows you to make any necessary changes.

When running any solution, you typically need to consider three things:

All of these need to be part of your backup strategy, which may differ from one app to the next.

Running your apps in a containerized environment allows you to adopt different backup strategies for the individual components. For example, the configuration can be stored and versioned using a versioning system like Git, while your data can be backed up using a generic backup mechanism (such as having recurrent snapshots of your persistent storage). One thing is for sure: you can always find your containers in the Docker repository.

Deploying using the Axigen Helm Chart will enable you to adopt a centralized backup system as an alternative to the current  FTP or Fuse solutions.

Containerization is emerging as the preferred approach for software development, and for a good reason too. It’s predicted that by 2022, about 75% of global businesses will run containerized apps in production. Let’s take a look at some of the pros of containerization:

But just as with any tech out there, containerization also has some cons:

TLDR: What’s in It for You?

You should opt for containerization when your priority is maximizing the number of apps run on fewer servers. Containers drive app quality up by 78%. You can allocate each app with its own set of resources, significantly reducing IT costs and increasing resource utilization instead. Since containers are so easy to set up, they’re ideal for anyone who wants to quickly get started with them.

Containers also reduce energy consumption since they share underlying operating system resources. Each container has its own app environment and file system. They can power off when idle or run just the necessary processes, further reducing power usage. So not only do containers have a smaller infrastructure footprint, but they are also more sustainable.

It’s simple and straightforward to create a container directly on your personal laptop and install a newer or parallel version of your Axigen email instances. You can then test the new instance to see if you like or dislike new features. Once you’re done playing around with a new version, you can simply stop the container to completely delete that instance. If you had to do this on a different machine, it would take much longer.

The Benefits of Deploying a Mail Server into a Docker Container

High-volume service providers and telcos also need to navigate the digital transformation process, and what better way to do so than with a cloud-native solution? The Axigen Cloud-Native Solution, a secure, growth-oriented email server based on Docker and Kubernetes containers, allows service providers and telcos to tap into new markets to renew, innovate, and scale at lower costs. Benefits include:

Want to make the switch to a Cloud-native email server? These are the business improvements you can expect after switching:

Can You Contain Your Excitement?

Containers benefit anyone in your small or large organization. At the end of the day, apps = business, while speed and innovation create clear winners and losers across all industries. Containers dramatically speed up development, which is why you see businesses and organizations moving in this direction. Can you contain yourself?

Axigen has the container solutions for you. After reading about all the benefits, what are you waiting for? Try Axigen today.